HomeTenielle’s “Struggles Made Her Stronger” 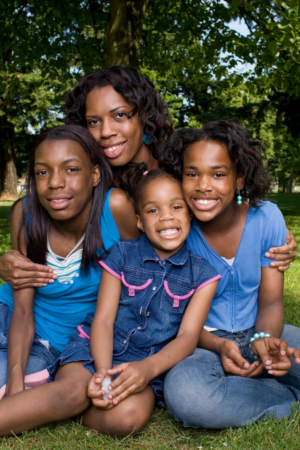 Tenielle became a nurse in 2006, had her own apartment, a child, and had her life together. When she became pregnant with her second child, she had to stop working for the duration of her pregnancy. Once she was ready to return to work, she became pregnant again and could not return. Both babies were born with heart conditions and needed open-heart surgeries, as well as a medical daycare. When Tenielle’s mother became sick, she and her three children moved in to help. She took care of her mother for a year until she eventually passed away.

Tenielle and her children stayed with friends and family until all of their options were exhausted. In April of 2020, the family was officially homeless. After a brief stay with the Lewis Center, they moved to The Lord’s Place Family Campus on June 12, 2020. During their time here, Tenielle’s children received the medical care they needed through The Lord’s Place CARE Team, and she was able to focus on securing employment. She saved money, secured Section-8 housing, and on April 13, 2021, Tenielle and her children moved into their own apartment. She maintains her employment and hopes to soon return to nursing.

The team at The Lord’s Place Family Campus is proud of Tenielle’s dedication and perseverance. “She doesn’t let anything get to her. Her struggles made her stronger, and she knows who she can depend on.”