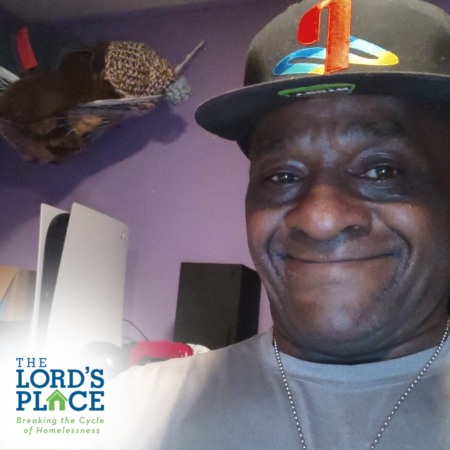 Since his return, Mr. Riley has worked closely with his case manager to get his SOAR application approved to receive his benefits, obtain a job to pay off fines, and get his license. After several months, he started attending AA/NA meetings on his own and became sober. He met a woman, and after conversations with his TLP support group, made the decision to move to Seattle with her. Today, he is sober, doing well for himself, and living a happy life with his wife and stepchildren.

“I owe it to The Lord’s Place for saving my life when I didn’t think I was worth saving. I wouldn’t be the person I am today.”