HomeChrista has returned to her passion! 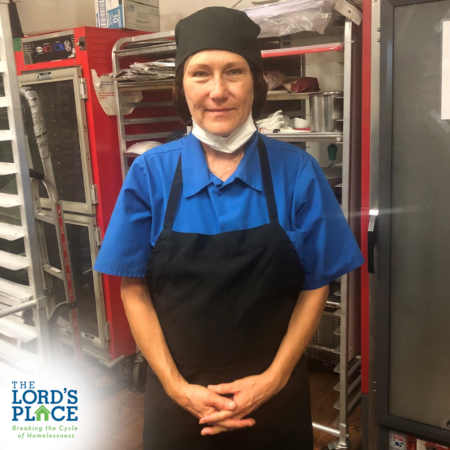 Christa came to The Lord’s Place looking for purpose, direction, and healing. She was a licensed nurse who experienced a traumatic event and fell into depression leading to alcoholism and the loss of her job. After a DUI led to incarceration, Christa was enrolled at The Lord’s Place Halle Place and immediately began working on plans for her future. She enrolled in The Lord’s Place Job Ready Program, which revealed an opportunity to learn a new trade in the Joshua Culinary Program.

Christa graduated from the culinary program and began working at a local restaurant. She became a leader and advocated for people seeking recovery. Recently, Christa felled called to return to nursing, and she has now secured three travel nursing positions.

“I thrive helping people – I want people to know there is hope. You can change your life. The Lord’s Place has given me that.”